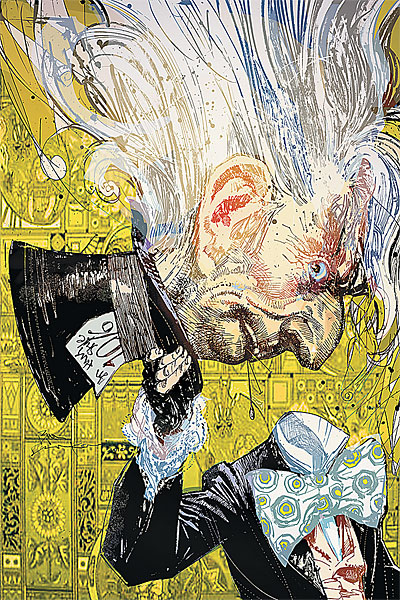 The buzz from the DC universe is that the Batman spinoff, The Joker’s Asylum II, June 16th, 2010, “is devoted to the Mad Hatter and his Alice obsession” (thanks, Devra Kunin.) The incredible cover art is by Bill Sienkiewicz, written by Landry Walker. The DC website explains The Joker’s Asylum as “a special month-long, weekly series of one-shots starring the greatest villains in Batman’s rogues gallery.”

On other shelves in other shops, the June 12th-18th Economist picked up the “mad” Tea Party theme on its cover, this time with Palin as Alice, Glenn Beck as the Hatter again, and I’m assuming the cigar is supposed to imply that Rush Limbaugh is the Hare. (He was the Cheshire Cat in The Nation.) I’m not sure how to interpret FoxNews as the dormouse. 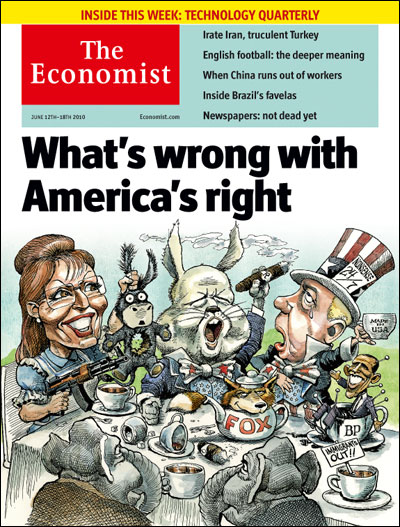 2 thoughts on “The Joker, the Hatter, & an armed Alaskan Alice”