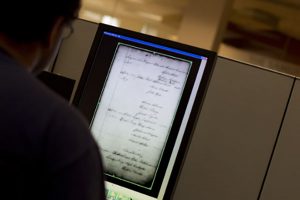 You are cordially invited to join us for the Spring 2020 meeting of the Society, which will be held at the Kelvin Smith Library of Case Western Reserve University in the beautiful University Circle section of Cleveland. Arnold Hirshon, Vice Provost and University Librarian is our host. Arnold is on the LCSNA Board of Directors.

The meeting agenda and speaker biographies are below, as well as an extensive guide to Cleveland, including information about hotels nearby the meeting venue, and local events and attractions.

The registration form for the conference and meal events can be found at http://cglink.me/r681678

The General Meeting is May 9th and 10th. Speakers include:

Michael Hancher. “Revising the Tenniel Illustrations to the Alice Books (1985, 2019).” Hancher will discuss how he updated the original twelve chapters of his 1985 edition and prepared six new chapters that are mostly about material book/image production: "Engraving," "Electrotyping," "Printing," "Coloring," "Reengraving," "Retrospect: Looking with Alice."

Jane Weizhen Pan. “Alice in the Chinese Language Wonderland.” On the eve of the 99th anniversary of the completion of the first Chinese translation of Alice, this presentation will explore the historical context of this translation of Alice (including the background of its translator, Yuen Ren Chao, the translation’s legacy in the development of the modern Chinese language in the 20th century, and how the endearing little girl from Oxford became a literary witness to changes in Chinese language and literature.

Arnold Hirshon. “Beyond Tenniel: Trailblazing Illustrators of Alice” The “long shadow of Tenniel” is often assumed and that Tenniel’s illustrations essentially dictated what later illustrators were virtually required to (or actually did) illustrate, and that whatever Tenniel did was “right” and therefore whatever other illustrators did was “wrong” or inadequate. However, even in the earliest editions (both before and after the original copyright expired) there were many innovations, often underappreciated, by numerous other illustrations that went beyond what Tenniel imagined or delivered.

Jared Bendis, Ben Gorham, Charlie Harper, and Amanda Koziura, four members of the outstanding team from the Freedman Center for Digital Scholarship at the Kelvin Smith Library of Case Western Reserve University, will explore “Digital Alice,” presentations about creating interactive online displays of Alice, the application of text mining and machine learning for the literary analysis of Carroll texts, using geospatial information (GIS) to map developments in the dissemination of the works of Lewis Carroll, and the potential to create new printing woodblocks from the original Tenniel images using laser technology.

Michael Everson. "Transforming Alice." The presentation will discuss the process of publishing Alice in many new languages and fonts, the incorporation the work of new illustrators, and a project to develop a new edition of Alice's Adventures in Wonderland represented in Blissymbols.

August Imholtz. “The History of the Appleton edition of Alice.”

Edward Guiliano. “Lewis Carroll: A Poet First.” Lewis Carroll’s first and last published works were both poems. Lost or under-appreciated in the universe of his Alice books, the beauty of his photographs, his games, puzzles and mathematics is the centrality of poetry in his life and his creative expression. His talent for poetry was precocious and prodigious. While his devotion to his Christian religion as well as to mathematics and logic were key constants in his life, so too, curiouser and curiouser, was poetry a life-long anchor and friend. 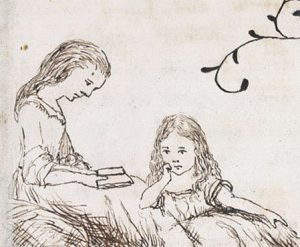 Join school children from a nearby elementary school to participate in reading a section of Alice’s Adventures in Wonderland led by LCSNA members. 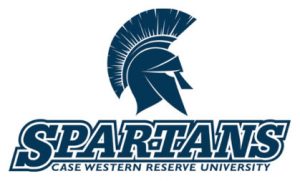 All members are invited, but space is limited. Please contact the Secretary if you plan on attending.

A very special dinner! Immediately after the conclusion of the meeting we will go directly from the Library to the bus to attend an evening event at the Chagrin Valley Hunt Club. There will be an after-dinner presentation by Mark Burstein: "The Literary Englishman and the Scientific American: Lewis Carroll’s Appearances in ‘Mathematical Games.’” There is no charge, but advanced registration is required. 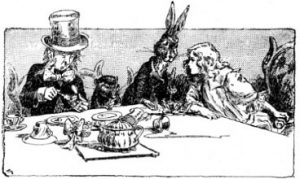