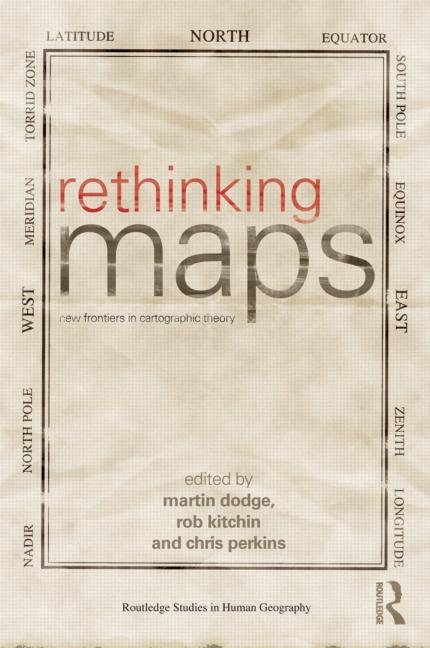 How do you like front cover for the new paperback edition of Rethinking Maps: New Frontiers in Cartographic Theory? (Routledge, $44.95, greatly reduced from the $150.00 hardcover edition.) It pays homage to Henry Holiday’s famous “Ocean-Chart” illustration for Lewis Carroll’s The Hunting of the Snark (1876), pictured below. (We might add a second question, Doesn’t it ruin the concept of the “perfect and absolute blank” to put something in it?) The collection of essays, edited by Martin Dodge, Rob Kitchen, and Chris Perkins, features such groundbreaking articles as “Cartographic representation and the construction of lived worlds: understanding cartographic practice as embodied knowledge” by Amy D. Propen. 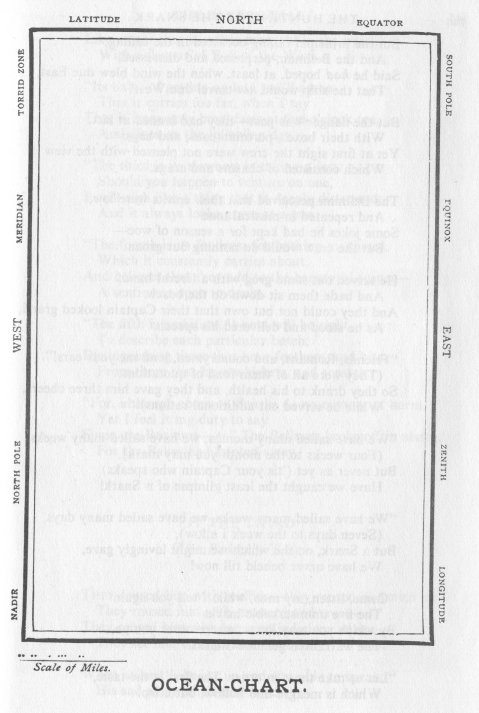 He had bought a large map representing the sea,
Without the least vestige of land:
And the crew were much pleased when they found it to be
A map they could all understand.

“What’s the good of Mercator’s North Poles and Equators,
Tropics, Zones, and Meridian Lines?”
So the Bellman would cry: and the crew would reply
“They are merely conventional signs!

“Other maps are such shapes, with their islands and capes!
But we’ve got our brave Captain to thank:
(So the crew would protest) “that he’s bought us the best —
A perfect and absolute blank!”

-Lewis Carroll, The Hunting of the Snark, Fit the Second

And here’s Mahendra Singh’s illustration of the same passage, from his beautiful 2010 graphic novel edition ($14.95.) It was discussed in a previous blog post, Tingling Singh’s Bell. 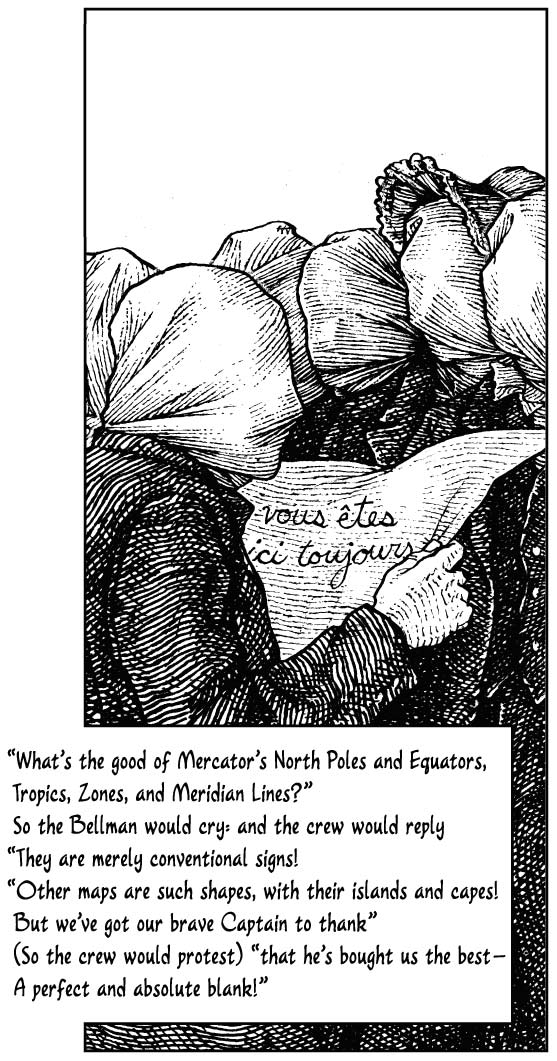 4 thoughts on “Rethinking Maps: “…Without the least vestige of land””