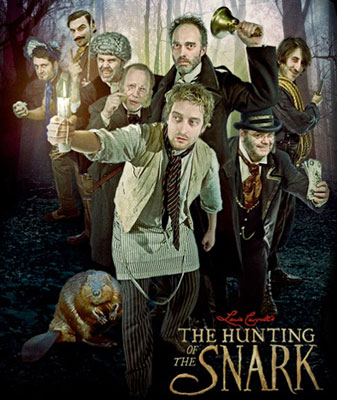 The Onion’s A.V. Club called out for Hollywood to stop making Alice movies and explore some of Carroll’s other works, like Snark and even Sylvie and Bruno. Well, a bigger budget film adaptation of The Hunting of the Snark is being made (bigger compared to last year’s student film by Peter Pavlakis), directed by Michael McNeff. You can see some pictures at costume designer June Suepunpuck’s website, and there’s a making-of documentary by UCLA MFA students here.

6 thoughts on “Snark movie is at hand, let me tell you again”