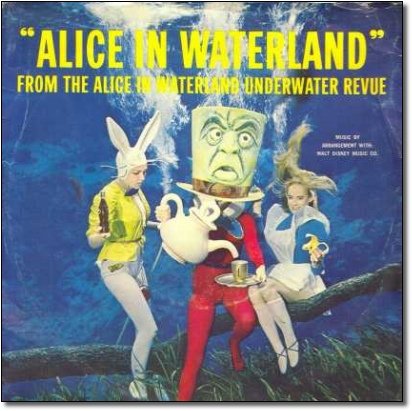 We’re tempted to chalk this one up to a bad case of Engrish mistranslation from our friends across the Pacific. It’s easy to see how “Wonderland” could have been misread as “Waterland,” and the “Mad Hatter” may have been literally interpreted as “Angry Hat.”

In any case, how we are supposed to believe that they’re pouring a cup of tea underwater? How the hell are you going to drink it? Could they have made a more disturbing Alice in Wonderland cover?

I think all LCSNA members will know the answer to that last question.

UPDATE! Matt Crandall had a post on his Disney Alice blog last year featuring Alice in Waterland, with more pictures, and included a recording: 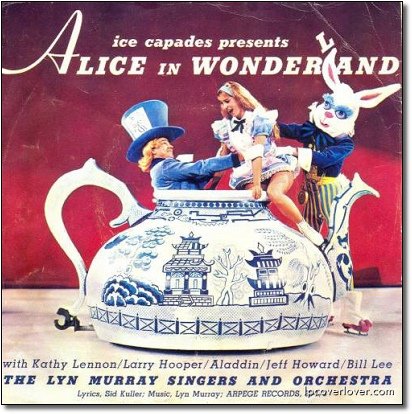