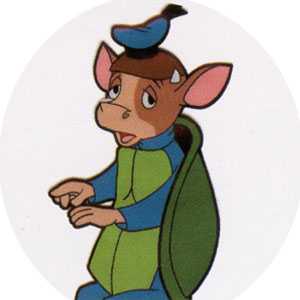 This cartoon cel of Disney’s Mock Turtle is from LCSNA member Matt Crandall’s collection (featured in an interesting article on the “official” Disney fan site, D23.) Although the Mock Turtle is an important character in the book, he didn’t make it into either the 1951 or 2010 Disney movie. This frame is from a Disney animation for a 1957 Jell-O commercial – oddly fitting that they used the calf’s head (like in the original Tenniel illustration). Was Jell-O the mock turtle soup of the 1950s (and should a turtle with the head of a soybean be doing TV spots today singing “Beau–ootiful To–fuuurkey”…?) We’re told the 1957 commercial will be a special feature on the upcoming DVD release of Disney’s 1951 Alice in Wonderland.