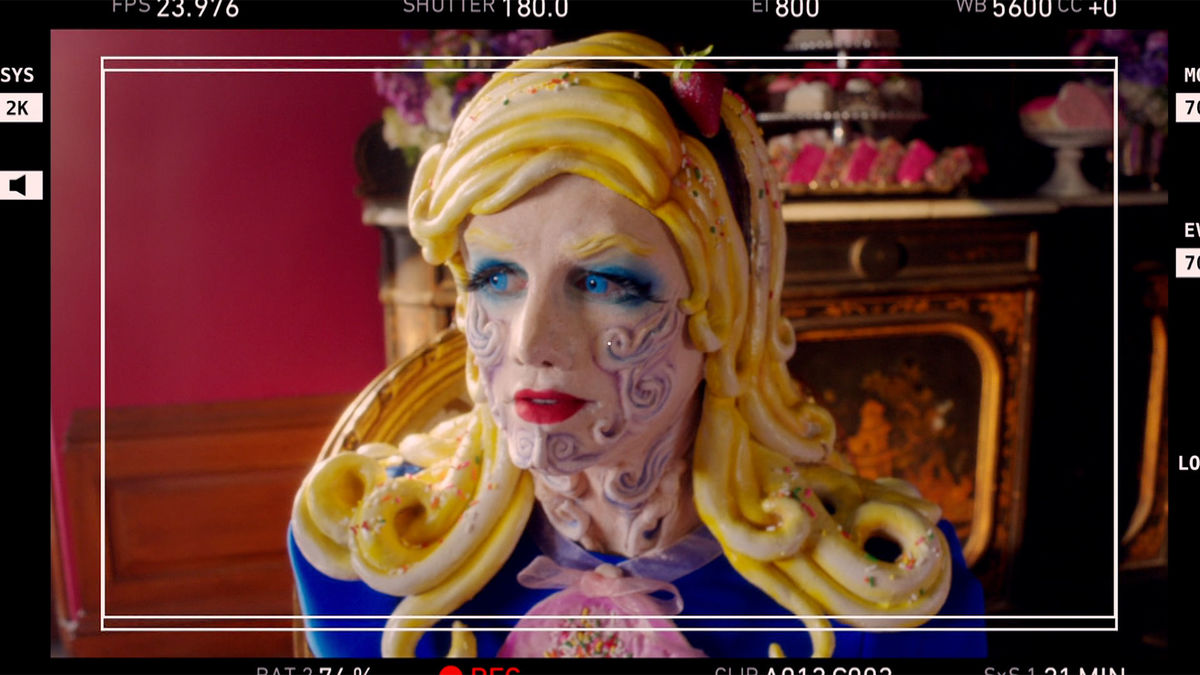 Face Off is an American reality television game show on the Syfy cable network in which a group of makeup artists compete against each other to create prostheses such as are found in science fiction and horror films. The grand finale of the thirteenth (and final) season, called Face Off: Battle Royale, has something of interest. As one viewer put it, “Episodes 9 and 10 (originally aired July 31 and August 7) were called ‘Through the Looking Glass’ Parts I and II. The challenge was for three teams to create makeup and costuming for new characters from ‘lost’ chapters of Through the Looking-Glass. Scripts were provided, and a short movie was then filmed using the contestants’ character designs. Whoever came up with the new characters seems to have been channeling Oz, not Wonderland. There was a person of porcelain, a person of tin, a lollipop girl, a ginger general—all that was missing was a cowardly lion.” More info: Part One and Part Two.