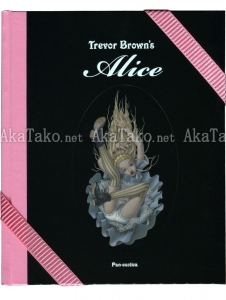 Trevor Brown’s Trevor Brown’s Alice originally came out during 2010’s March Hare Madness, and is being released again in a fancy $78 Special Edition. It appears to be a book with lots of pictures but no conversations (so, a 50% rating on the Alice Scale of Good Bookness.) Brown is a British artist who has gone native in Japan. According to Wikipedia, his “work explores paraphilias, such as pedophilia, BDSM, and other fetish themes,” so be fair-warned. He posted a version on his blog called “diy [do it yourself] pop-up kit,” which is the Special Edition hacked to pieces by the artist: “i kinda suspect everyone who’s buying the special edition alice book will consider it too precious to cut up – so, in the interests of science, i attacked my copy with scissors, to see if it is actually possible to construct the pop-up thingy.” 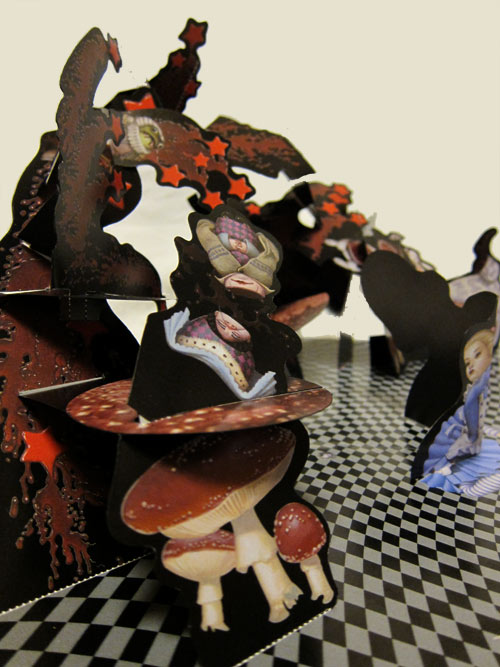