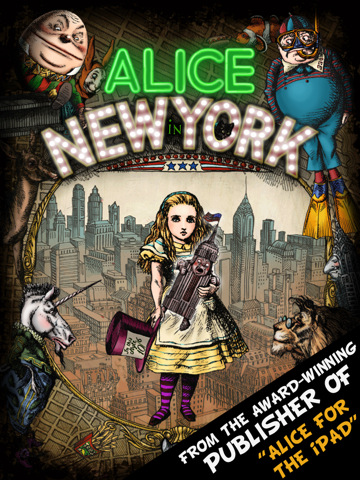 Atomic Antelope’s Alice’s Adventures in Wonderland digital pop-up book for the iPad was not just a best selling app for the new tablet device, it was also one of the most innovative eBooks on the market. The New York Times ran an article last November complaining that, with the possibilities in the touch-screen age for cool interactive books, most of the releases were “boring.” The Alice pop-up was one of their “honorable exceptions.” It wasn’t just games or angry birds, it was actually the full Carroll text with the Tenniel illustrations that moved and danced as you played with them.

Guess what!? Atomic Antelope is back with more Alice, released this week. This time, her adventures are in the Big Apple.  Judging from the illustrations, it’s their variation on Through the Looking-Glass. Alice in New York appears to also have something to do with physics. It’s available for $8.99 in the iTunes store. I’ll let the specs and screenshots speak for themselves:

You loved Alice in Wonderland. Now join her in New York! Touch, tilt and shake your iPad to bring this amazing book to life. Meet Tweedledum and Tweedledee, Humpty Dumpty, the Walrus and the Carpenter, the Lion and the Unicorn and dozens of other classic Lewis Carroll characters. This book is from the same publisher that created the blockbuster “Alice for the iPad”. as seen on the Oprah Winfrey show. 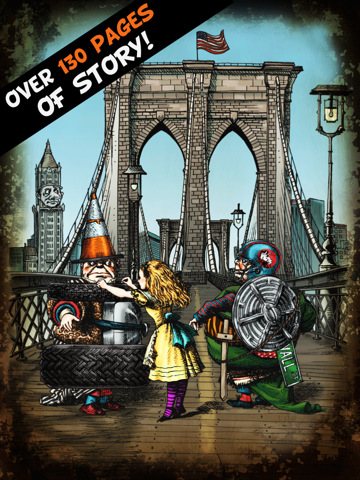 Take a tour of Manhattan with the Red Queen as your guide. Ride with Tweedledum and Tweedledee in their taxi. Meet the Frog and the Fawn. Ride an elevator through the Empire State building. Attend a fireworks party and eat oysters with the Walrus and the Carpenter. Plus lots, lots more.

Alice in New York is a groundbreaking adaptation. A special celebration of the 140th anniversary of Through the Looking Glass, first published in 1871. This incredible iPad book includes a new story and never-before-seen color illustrations that transport Alice from Sir John Tenniel’s original drawings and into modern New York.

Just a few highlights of this magical book:

• 140 years in the making!
• Explore New York for the first time with Alice
• Enjoy 136 beautiful digitally-remastered pages
• Feast on 27 fully interactive illustrations
• Be stunned by pictures that come to life as you tilt your iPad
• Based on a Lewis Carroll classic, with illustrations adapted from Sir John Tenniel
• Delight in the physics engine that responds to your touch

Leave us a comment if you have any opinions about the new app; we poor far-flung bloggers have no iPad. 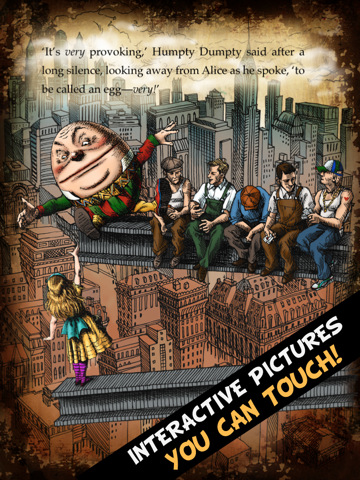 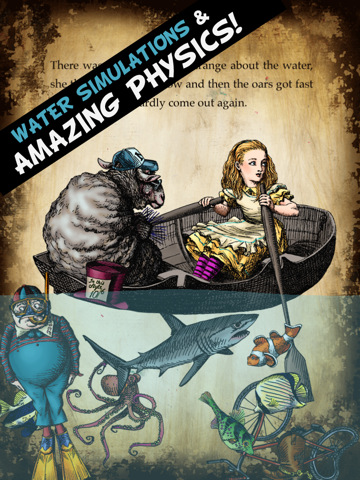 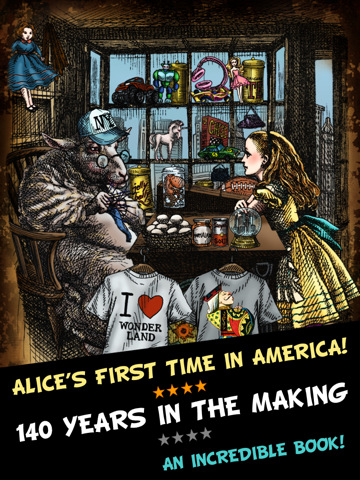 One thought on “Atomic Antelope detonates another amazing Alice app”