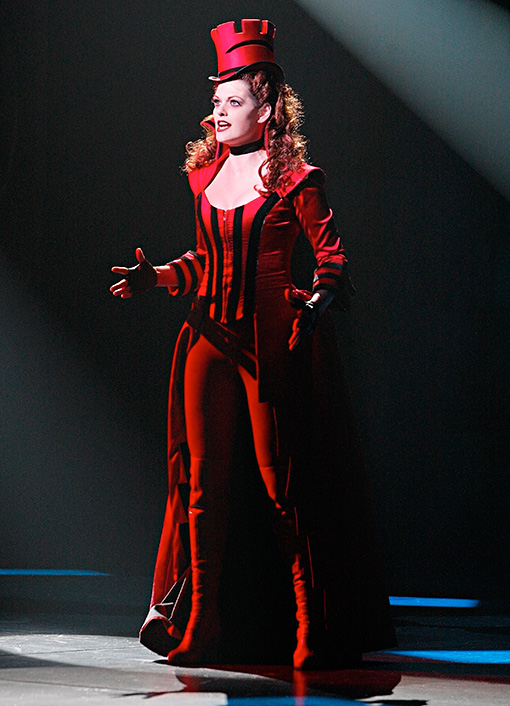 Entertainment Weekly’s PopWatch blog posted pictures last week from the upcoming Broadway musical Wonderland, which will open in the Marquis Theatre April 17, 2011. Kate Shindle was Miss Illinois in 1997 and Miss America in 1998, and has since appeared on Broadway in Caberet and Legally Blonde. 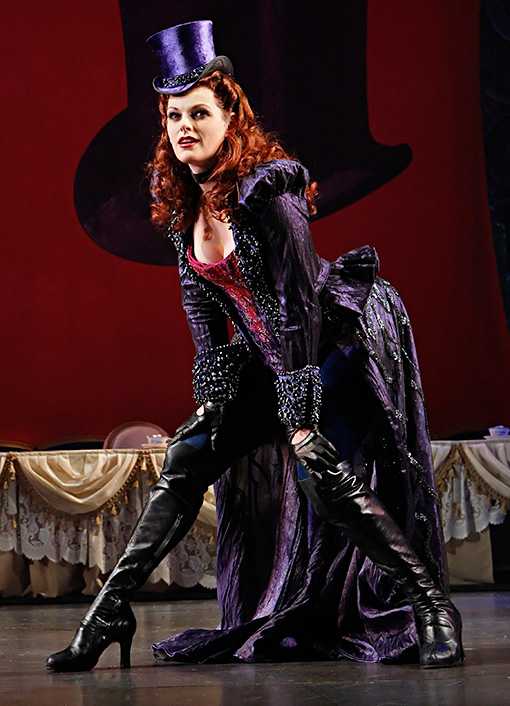 “One of my first questions to the creative team was, ‘Why is the Mad Hatter female?’” admits Shindle about her gender-bending new role.

“It’s a cool gimmick, but it has to make sense.” And it does: This update, featuring music by veteran Broadway composer Frank Wildhorn (Jekyll & Hyde, The Scarlett Pimpernel), features a grown-up Alice who, dissatisfied with her marriage and career, takes an elevator into the bowels of Manhattan to find her missing daughter and, consequently, herself. “There are a lot of messages here,” says Shindle, who is introduced during the famous tea party sequence (pictured, top). “One is that there are forces at work within everybody and the question is what we want to let win. The Mad Hatter represents a part of Alice — I hesitate to say her dark side because she’s the fun, life-of-the-party side, but she’s also her insecurity, self-sabotage, and fear. The tea party is where Alice is introduced to the Hatter and realizes she has to reckon with that force.” What about the red pantsuit and bustle? “That’s the final showdown. It’s at a point in the show where the story might as well be over, but bad stuff, you know, just doesn’t go away quite so easily. That song is the beginning of it.”

-from Aubry D’Arminio at PopWatch

Previous posts about Wildhorn’s Wonderland since it’s been touring the counties here and here.