This essay by Joyce Carol Oates, “In the Absence of Mentors/Monsters: Notes on Writerly Influences,” was actually published in Narrative Magazine in Fall 2009, but it’s now available online at the Huffington Post. Read this whole essay here, and I’ve excerpted a few relevant passages: 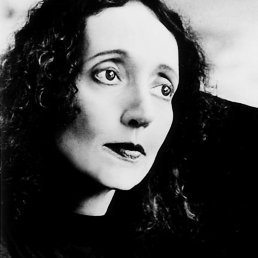 Early Influences. Often it’s said that the only influences that matter greatly to us come early in our lives, and I think that this must be so. Of the thousands–tens of thousands?–of books I’ve probably read, in part or entirely, many of which have surely exerted some very real influence on my writing life, only a few shimmer with a sort of supernatural significance, like the brightest stars in the firmament: Lewis Carroll’s “Alice’s Adventures in Wonderland” and “Through the Looking-Glass,” Frances Hodgson Burnett’s “The Secret Garden,” and “The Gold Bug and Other Tales” by Edgar Allan Poe–the great books of my childhood.

Most of the children’s storybooks and young-adult novels my grandmother gave me have faded from my memory, like the festive holiday occasions themselves. The great single–singular–book of my childhood, if not of my entire life, is “Alice’s Adventures in Wonderland” and “Through the Looking-Glass,” which my grandmother gave me when I was eight years old, and which, with full-page illustrations by John Tenniel, in a slightly oversized edition with a transparent plastic cover, exerted a powerful influence on my susceptible child’s imagination, a kind of hypnotic spell that lasted for years.

Here is my springboard into the imagination! Here is my model of what a storybook can be.

I was too young for such exalted thoughts, of course. Far too young even to grasp that the name stamped on the spine of the book–Lewis Carroll–was the author’s name, still less that it was the author’s pen name. (Many years would pass before I became aware that the author of the “Alice” books was an Oxford mathematician named Charles Dodgson, an eccentric bachelor with a predilection for telling fantastical stories to the young daughters of his Oxford colleagues and photographing them in suggestive and seductive poses evocative of Humbert Humbert’s nymphets of a later, less innocent era.) My enchantment with this gift began with the book itself as a physical and aesthetic object, quite unlike anything else in our household: both Alice books were published in a single volume under the imprint Illustrated Junior Library, Grosset & Dunlap (1946). Immediately, the striking illustrations by John Tenniel entered my imagination, ranged across the field of the book’s cover–back and front–in a dreamlike assemblage of phantasmagoric figures as in a somewhat less malevolent landscape by Hieronymus Bosch. (I still have this book. It is one of the precious possessions in my library. What a surprise to discover that the book that loomed so large in my childhood imagination is only slightly larger than an ordinary book.)

The appeal of “Alice” and her bizarre adventures to an eight-year-old girl in a farming community in upstate New York is obvious. Initially, the little-girl reader is likely to be struck by the fact that the story’s heroine is a girl of her own approximate age who confronts extraordinary adventures with admirable equanimity, common sense, and courage. (We know that Alice isn’t much more than eight years old because Humpty Dumpty says slyly to her that she might have “left off” at seven–meaning, Alice might have died at seven.) Like most children, Alice talks to herself–but not in the silly prattling way of most children: “ ’Come, there’s no use in crying like that!’ said Alice to herself rather sharply; ‘I advise you to leave off this minute!’ ” (Obviously, Alice is echoing adult admonitions–she has interiorized the stoicism of her elders.) Instead of being alarmed or terrified, as a normal child would be, Alice marvels, “Curiouser and curiouser!”–as if the world so fraught with shape-changing and threats of dissolution and even, frequently, cannibalism were nothing more than a puzzle to be solved or a game to be played like croquet, cards, or chess. (Alice discovers that the Looking-Glass world is a continual game of chess in which, by pressing forward, and not backing down in her confrontations with Looking-Glass inhabitants, she will become Queen Alice–though it isn’t a very comfortable state pinioned between two elderly snoring queens.) The “Alice” books are gold mines of aphoristic instruction: “Who cares for you? . . . You’re nothing but a pack of cards!” Alice cries fearlessly, nullifying the authority of malevolent adults as, at the harrowing conclusion of “Looking-Glass,” she confronts the taboo-fact of “cannibalism” at the heart of civilization… [Continue reading here.]