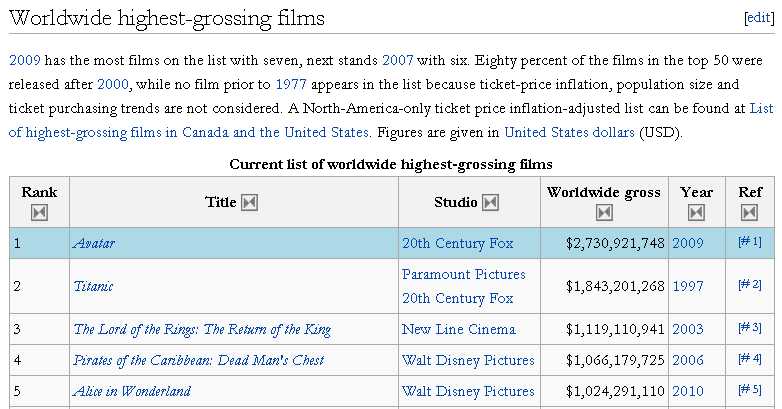 According to the Wikipedia, Tim Burton’s Alice in Wonderland is now behind only two James Cameron films, the final Lord of the Rings movie, & another Disney Johnny Depp flick, as the highest grossing movie world-wide (of all time, partly adjusted for inflation.) They discuss the difficulties of calculating these figures meaningfully (inflation, ticket-price inflation, population and distribution, et cetera, et cetera, et cetera.)

In comparison, in their “List of Highest Grossing Films in the U.S. and Canada: Not Adjusted for Inflation”, Alice in Wonderland is merely 20th, just above Forrest Gump. It is still the highest grossing film of 2010. Not bad for a movie sort-of based on a Victorian-era children’s book with no linear narrative. And also, a bit of an Alice-redemption for the Disney Corporation, whose 1951 version received sour reviews and box office disappointment.