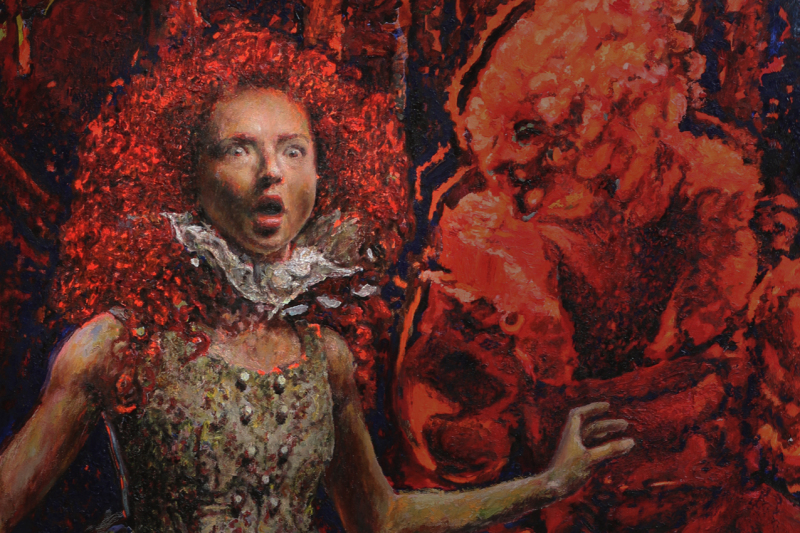 Chilean-born global citizen Max Sir is an artist, painter, playwright, theater director, actor, writer, and photographer who has exhibited in New York, Moscow, Berlin, Costa Rica, Washington DC, London, Athens, Paris, and Prague, among other cities. The world of Alice is a crucial part of his oeuvre. His Alicia comprises a theatrical piece (scroll down halfway), a series of 144 paintings, fine art prints, and a forthcoming graphic novel, art book, and clothing line. The play was conceived, directed, and co-written (with Natalia Miranda Guzman) by Max, and had its world premiere in 2017 at Teatro Espressivo in Costa Rica. The paintings (in various configurations) can currently be seen in London at Chilean Embassy and the Parallax Art Fair, after touring Europe (Berlin, Prague, Athens, Paris, and London). Some of them will be shown at Comic Con Ukraine in Kiev in September.

Current members of any active Lewis Carroll Society (North America, the UK, Japan, Brazil, the Netherlands) are invited to purchase one of his limited-edition fine art prints (example at right) at a heartily discounted price, as his way of opening the door to the Carrollian universe. The password is “specialedition”.