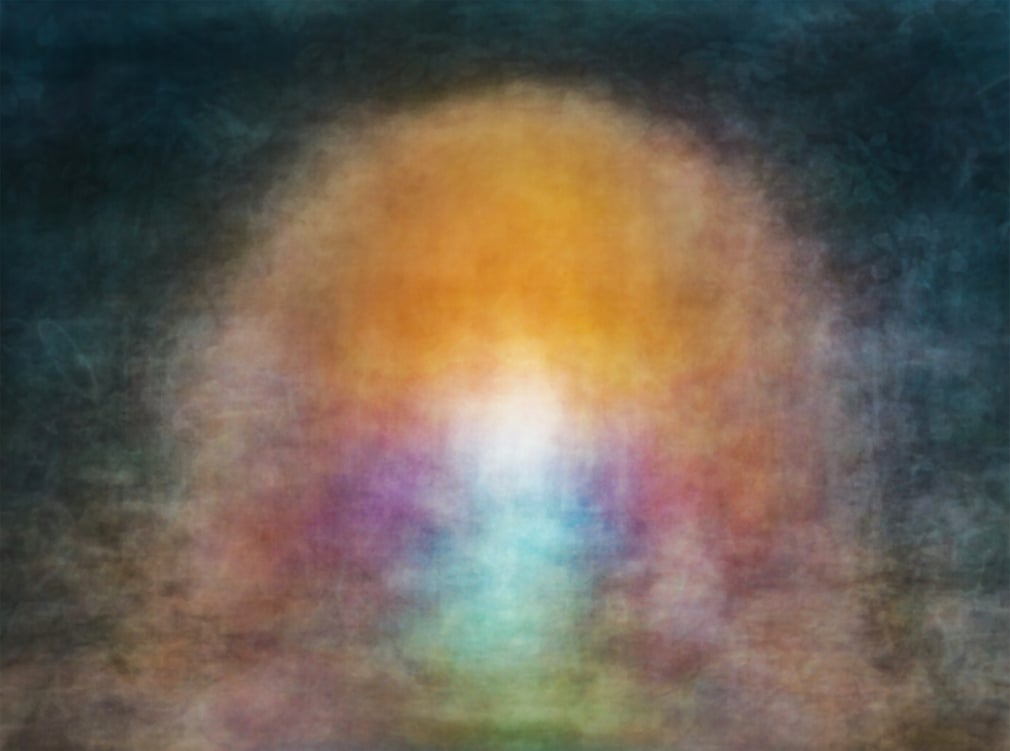 Recognize the image at left? Jason Shulman captures the entire duration of a movie in a single image with his series Photographs of Films. This one is the 1951 Disney film of Alice in Wonderland!

Other examples are on The Guardian’s website, which notes, “Pointing his camera at a screen and making an ultra-long exposure of the film as it plays through, each scene from a movie is overlaid on top on another until they dissolve into an impressionistic blur – but with faint distinguishing features remaining. ‘There are roughly 130,000 frames in a 90-minute film and every frame of each film is recorded in these photographs,’ Shulman says.”

New large-scale versions of the works were part of the Photo London festival in May, and were shown at Cob Gallery, London, in June.