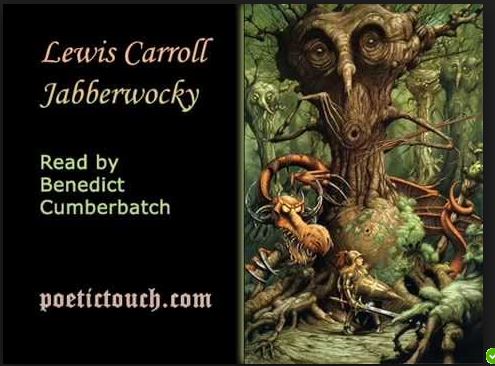 Benedict Cumberbatch, who became known as “Bandersnatch Cummerbund” to the Carrollian world due to some playfulness on the part of the Washington Post (story here), has taken his revenge on us by recording “Jabberwocky” for PoeticTouch.com,* posted to YouTube. Over Wagner in the background, he manages to mispronounce “borogoves” as “borogroves” twice! (Of course, as he is also famous for his inability to say the word “penguins” (starts at 3:17), perhaps this is a forgivable lapse.)