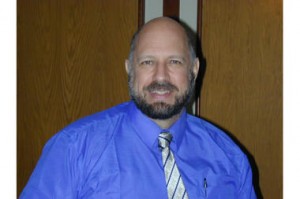 In today’s world, e-books are everywhere – on the subway, in the library, on line at the post office, and even on a sunny beach.

But in 1971, such accessibility and popularity was unimaginable. Yet that was when Project Gutenberg founder Michael Stern Hart – who died on Sept. 6 – started typing historical documents into a computer network.

Today, the website Project Gutenberg offers over 36,000 e-books for free download, with a library that includes “The Adventures of Sherlock Holmes,” “Peter Pan,” and “A Tale of Two Cities.” The books – which are are digitized and proofed by volunteers – can be downloaded to a PC, Kindle, and Android as well as other devices. Many are in the public domain.

And of course, Alice’s Adventures in Wonderland was one of the the first books scanned for the project, and played a pivotal role in its vision: 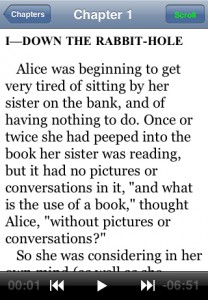 The documents uploaded to Project Gutenberg were foundational texts at first, such as the King James Bible. But then Hart heard about a group of children eagerly reading “Alice in Wonderland” on the computer and realized the potential for digitized literature.

Today Project Gutenberg offers over 36,000 free e-books, including many titles by Lewis Carroll. Data on their website reveals that just yesterdayAlice’s Adventures in Wonderland was downloaded 406 times; in the last 30 days it was downloaded 11,368 times – the sixth most popular book in that period. So maybe those children staring at their phones on the bus are reading classic literature? AAIW can be found at Project Gutenberg here.