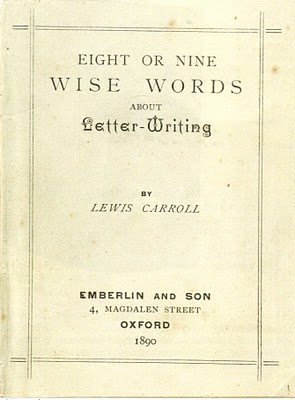 Over at the blog Booktryst: A Nest for Book Letters, Stephen J. Gertz has posted most of the text of Carroll’s pamphlet “Eight or Nine Wise Words About Letter Writing,” with some commentary about its relevance 120 years later. The original pamphlet “was very popular, going into five editions 1890-1897.” Mr Gertz says: 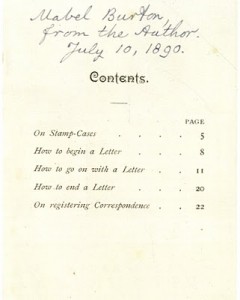 The Net has been compromised; it’s lights out for email. Time to get out a piece of stationary, a pen, and write an old-fashioned letter. But how? What’s a 21st century citizen to do? Ask Mr. Dodgson!

Finally, do not, under any circumstances, use emoticons or texting shorthand to express yourself. Mr. Dodgson would disapprove – in around 800 – 900 words, minimun.