Tonight is the world premier of Exposure Time by Kim Merrill at the New Jersey Repertory Company in Long Branch, New Jersey. Is this the first time a work of drama has centered on Charles Dodgson the photographer? Merrill’s play won the 2009 Edgerton Foundation New American Plays Award. Here is some of the blurb from the press release, “Alice Through the Camera Lens”: 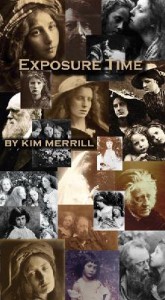 While Johnny Depp portrays the Mad Hatter on movie screens around the world this winter, Lewis Carroll, the conflicted creator of Alice’s Adventures in Wonderland, will be on stage at New Jersey Repertory Company in Long Branch, fighting passionately to be known not as a
children’s author but as Charles Dodgson, the greatest portrait photographer in the British Empire. Standing in his way is the larger-than-life and now tragically forgotten Julia Margaret Cameron, who was the Annie Leibovitz of her day and a constant thorn in Dodgson’s side. The real Alice will be there as well, trying to sort out her complex relationship with Dodgson, along with Alfred, Lord Tennyson, the Victorian Idol of a society that worshiped its poets like rock stars. The world premiere of Exposure Time runs from February 11 through March 21, with an Opening Night performance and High Tea on Saturday, February 13.

A magical journey into the literary heart of Victorian England, Exposure Time is a perfect play for young teens and above.  Schools are invited to contact NJ Rep to discuss booking special discounted matinee performances that include lesson plans and post-show discussions with the actors.

Discounted previews are Thursday and Friday, February 11 and 12 at 2 p.m. and 8 p.m. Regular performances are Thursdays and Fridays at 8 p.m.; Saturdays at 3 p.m. and 8 p.m.; Sundays at 2 p.m., with selected Sundays performances at 7 p.m. as well as Thursday and Friday matinees by prior arrangement for students and other groups. Tickets are $40; $35 for previews; $60, opening night; $36 for seniors and students (except opening night); with discounts for groups of ten or more.

There is a review and interview with Ms. Merrill in the Red Bank Orbit here. Tickets can be purchased online here.