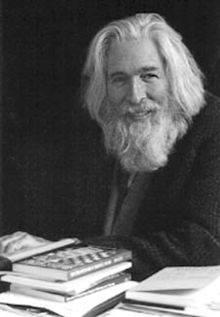 The mad, mathematical, musical, magical, and thoroughly Carrollian Raymond Smullyan died on February 6th at the age of 97. Renowned for his logic puzzles, lightning wit, many books, magic tricks, and brilliant improvisations at the piano, Smullyan will be particularly remembered by Carrollians for his 1982 book Alice in Puzzle-Land: A Carrollian Tale for Children Under Eighty and his droll lecture on Carrollian Logic at our fall 2012 gathering in New York, not to mention his magic tricks at dinner that night. As we prepare an appropriate “In Memoriam” column for the Knight Letter, you can read more about this most remarkable individual in Wikipedia or his obituary in The New York Times. Or see the 2001 documentary This Film Needs No Title: A Portrait of Raymond Smullyan .

“Why should I worry about dying? It’s not going to happen in my lifetime!” – R. Smullyan