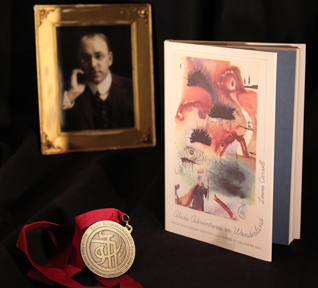 It was just announced that the Dalí-illustrated Wonderland (the first trade edition) won the prestigious 2015 Gelett Burgess Children’s Book Award in the Commemorative/Anniversary Edition category. Mark Burstein, its editor, very much appreciates the honor, only finding it somewhat ironic in that the edition was deliberately designed for anyone but children.