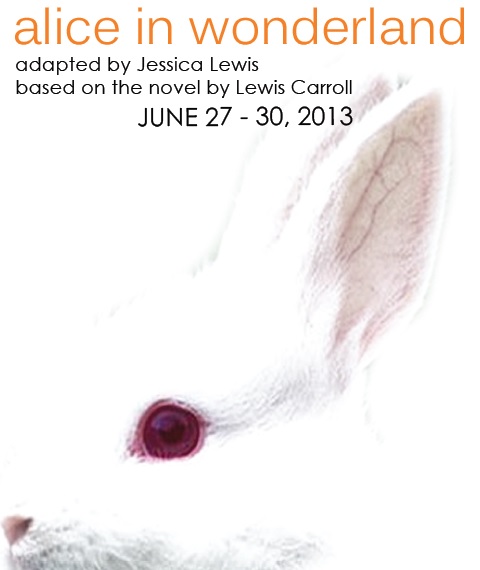 I’ve just learned about this production, which runs only this weekend.  If anyone is able to attend, please send a paragraph to tell us about it!

“Asheville, NC – North Carolina Stage Company presents a special event production of a new adaptation of Alice in Wonderland, based on the novel by Lewis Carroll and adapted by Jessica Lewis.  The production is performed by students from the Professional Youth Actor Training program and are directed by teacher Michael MacCauley, a well-known professional local actor who performs regularly at NC Stage. Performances of Alice in Wonderland are June 27-30, 2013 at NC Stage’s theatre in downtown Asheville.

The students presenting Alice in Wonderland are completing a two-year training with Mr. MacCauley, and this fully-realized production is the culminating event in their training. The Professional Youth Actor Training program is designed to train young artists who are interested in a serious and deep study of the craft of acting. Students audition for the program and are provided a level of training that is modeled after undergraduate and graduate theatre programs of the highest caliber. In NC Stage’s classes students study various acting techniques, voice and speech, movement, stage combat, Alexander Technique, auditioning, improvisation, contemporary plays, and Shakespeare. 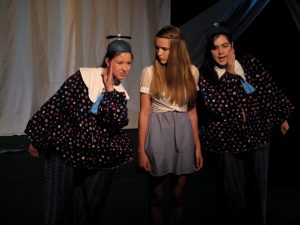 Alice in Wonderland is far more than an exhibition for family and friends: the production is the conclusion of a lengthy rehearsal process and utilizes some of the best designers in Asheville, who are generously donating their time and talent to the project. Designers include Deborah Austin – costumes, Jessica Kammerud – props, Jared Stover – sound, and Catori Swann – lights and set.

Alice in Wonderland runs June 27-30 with Thursday-Saturday performances at 7:30 and a 2:00 Sunday matinee.  All performances are at North Carolina Stage Company’s theatre at 15 Stage Lane.  Tickets are $10 with proceeds benefiting NC Stage’s education programming, and are available at www.ncstage.org or (828) 239-0263.”