The meeting is free and open to the public. However to ensure there are virtual seats for the event we ask that you register. 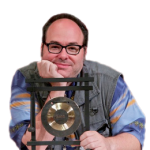 Jared Bendis is the Creative New Media Officer at the Freedman Center for Digital Scholarship of the Kelvin Smith Library at Case Western Reserve University. An award-winning installation artist and photographer, Bendis specializes in virtual reality and computer graphics. As practicing commercial artist, he is co-owner of Lemming Labs Limited, which develops interactive media applications for mobile devices, and the owner of ATBOSH Media ltd. a publishing company specializing in traditional print media, game design, web design, and custom app development. Bendis holds an M.A. in art education, and an MFA in contemporary dance. 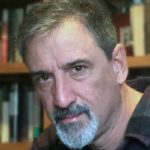 Matt Demakos papers about Carroll include “Hiawatha Annotating” (a look into Carroll’s “Hiawatha’s Photographing”); “Alice’s Adventures from Under Ground to Wonderland” (exploring the differences between the two); “Children through the Ages” (a study into the true ages of Carroll’s “child-friends”); and “Accountably and Unaccountably Shy” (about Carroll’s shyness). In 2016 he began works about Tenniel, first publishing in Knight Letter “Once I Was A Real Turtle” (about Tenniel’s post-publication drawings), with “Sketch—Trace—Draw” forthcoming (part 1 of a look into Tenniel’s working process), with part 2 (“Cut—Proof—Print”) planned as an online-only article. 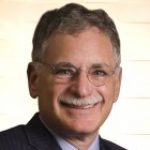 Edward Guiliano is past President of the New York Institute of Technology, and the author and editor of a dozen books and more than 150 articles. Many of his books were on the topic of Lewis Carroll, most recently Lewis Carroll: The Worlds of His Alices (2019). Dr. Guiliano was a founding member and former president of the Lewis Carroll Society of North America and is the recipient of two honorary degrees and the Ellis Island Medal of Honor for his personal accomplishments, social compassion, and outstanding contributions to American society.

Ben Gorham is a research data specialist at the Freedman Center for Digital Scholarship who specializes in the areas of geospatial information systems (GIS), data analysis and management, and virtual reality. He holds a Ph.D. in Art and Architectural History (Classical Archaeology) from the University of Virginia. During the summer of 2019, he conducted extensive field research and was the geospatial supervisor at two archeological sites, one in Morgantina, Greece, and the other for the Aqua Traiana Project, for which he conducted photogrammetric surveys surveyed of the aqueducts of Emperor Trajan located north of Rome. 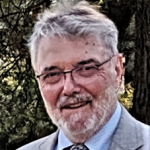 Michael Hancher is a Professor of English at the University of Minnesota whose areas of specialization include Victorian studies, book history, and lexicography. He is the author of The Tenniel Illustrations of the “Alice” Books, 2nd edition (Columbus: The Ohio State University Press, 2019), as well as several articles about language use in Alice. He is a past president of the Dictionary Society of North America. 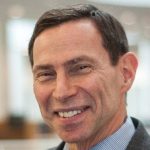 Arnold Hirshon is Vice Provost and University Librarian at Case Western Reserve University. A collector of Carroll’s Alice books, he has a particular interest in their illustration. A highly travelled speaker who has given presentations and consulted in over 45 countries on six continents, he is also an avid travel photographer. He is the technical editor of the forthcoming Alice in a World of Wonderlands: the English Language Editions of the Four Alice Books (Evertype, 2020), which will include his essay “Beyond Tenniel: the Evolution of Visual Representations of Wonderland by Illustrators of the English Language Editions.” 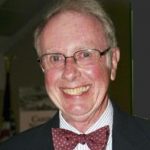 August A. Imholtz is a past president of the LCSNA (1985-86) and served on its Board for decades. He continues to dispense helpful advice as a grey eminence behind the scenes and to write and publish on Carrollian topics (among others). A classicist by training, August published the first of his many scintillating, often hilarious articles on Lewis Carroll more than 40 years ago: “The Absent Ablative and the Search for Alice’s Brother’s Latin Grammar” (The Classical Bulletin, January 1979). He is also the co-author (with Alison Tannenbaum) of Alice Eats Wonderland, “An Irreverent Annotated Cookbook Adventure. 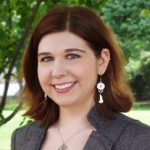 Amanda Koziura has been a Digital Scholarship Librarian at Case Western Reserve University since 2014. She teaches workshops, consults on a variety of digital scholarship topics, and regularly collaborates with faculty to bring digital humanities into the classroom and enhance their research efforts. She currently serves on the Association of College and Research Libraries Digital Scholarship Section’s Professional Development Committee, and she publishes and presents regularly on her work. She holds a BA in Theater & English from Skidmore College and an MLS from the University at Buffalo, SUNY.