Join your fellow members and friends as we fete the Feast of Saint Valentine a few days early, with an emphasis on all things Carrollian (of course!). We’ve got scads of seasonal surprises in store. Dayna Nuhn will display her collection of vintage Valentines, and Brianna Beehler and Davis Vigneault will present their Wonderland Award-winning song “Red Kings.” No traffic, no crowds and no reservations are required for this virtual Valentine’s Day extravaganza!

Dayna Nuhn has been a Lewis Carroll collector for almost fifty years, specializing in what is affectionately known as “Flat Alice,” such as advertising, sheet music, paper dolls, card decks, postcards, and valentines. She writes a column called Alice in Advertising-Land for Knight Letter and is the editor of The Snarkologist, a new journal about The Hunting of the Snark. Together with her husband, Dayna publishes short booklets on a variety of Carrollian subjects, through their Reeling and Writhing Press.

Brianna and Davis met on Pembroke Street in Oxford, mere steps away from Charles Dodgson’s quarters at Christ Church College. Brianna’s love of literature brought her to Southern California, where she recently completed her PhD in nineteenth-century literature. Davis is a long-time singer-songwriter and has released four studio albums with various projects. They now live in the San Francisco Bay Area with their dog, Pilot. 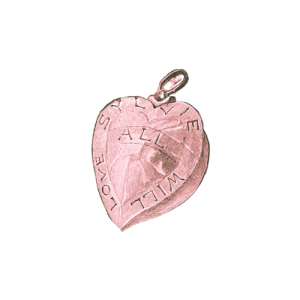