Zoom in, sit back and relax as you hear academic authorities, Oxford experts and accomplished artists expound on all things Carrollian.

Your full day of programming is a trilogy of can’t-miss segments starting at Noon Eastern time/9:00AM Pacific time.

A Day In The Life
What was life like for a young Oxford don?

Christ Church, in the middle years of the 19th century, was undergoing change as never before in its history. This talk will look at what happened and what changed for the members of this extraordinary place.

The boat trips on the Thames are well known as having inspired the first telling of the story of Alice, but the river’s influence on Lewis Carroll extends much further. Mark Davies, who lived on a houseboat in Oxford for thirty years, will touch on some of the Oxford realities which underlie the story on two virtual river cruises. On the bank, look out for the Red Queen and the Hatter, and mention of another regular Thames oarsman whose river excursions are rarely referenced: John Tenniel.

My Generation
In what ways does Lewis Carroll continue to inspire popular culture today?

“Stories Are Meant To Be Retold” with Christopher Myers

What does a nonsense poem written in Victorian times have in common with a one-on-one basketball game? Quite a lot, when one considers the tradition of creating worlds and appreciating moments when cultures touch. Artist Chris Myers illustrates the importance of re-telling the stories that have been gifted to us with his re-imagining of Jabberwocky.

Kiera Vaclavik presents “Alice Is The New Black: The Evolution of a Fashion Icon”

This talk explores the career of a rather unlikely international style icon, probing some of the reasons why Alice and the books she inhabits have become such a sustained, frequent and rich source of inspiration for the fashion industry.

Mike Batt presents “The Composing of the Snark”

Does setting Snark to music involve more forks and hope, or smiles and soap? Mike Batt takes us behind the music and details the creation of his concept album and West End stage musical The Hunting of the Snark.

Lewis Carroll wrote more than 90 letters to Henry Savile Clarke, the playwright who brought Alice to the London stage in 1886/7 (and again in 1888/9), and a few to Clarke’s daughters. When Morton Cohen asked Clare to edit the letters, she really didn’t know what she was getting into. Her talk will explore the letters and what they reveal of Carroll’s personality, and will touch on staging, performances, actors and actresses, reviews, legislation affecting theatre at that time, the Clarke family, other Alice plays… and who knows what else.

Meet Andy Malcolm and George Walker in their Toronto print studio talking about their unique handmade limited-edition books. With over seven titles in print relating to Lewis Carroll and currently with three more in the oven, you’ll get to hear their stories of rag paper and wood blocks covered in ink and how this printing process grows into a finely crafted book. Making books by hand in editions of 42 (for reasons only Mr. Charles Dodgson can explain) proves beyond any doubt that these friends are truly struck by madness that can only be equaled by the purchase of railway shares and participation in a perpetual tea-time. Whatever they may say, you are in for a frabjous visit!

Come on a visit back in time to Victorian Oxford, and learn how Charles Lutwidge Dodgson (aka Lewis Carroll) chose to design the heart of his home, his hearthside.  What art did he admire and purchase, and who were the creators of these works?  What other belongings did he choose to surround himself with?  Hear directly from his favorite child friends of the 1880’s and 90’s about what a visit to “Uncle Dodgson’s” rooms was like! 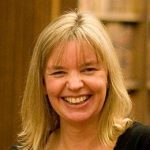 Judith Curthoys MSt, PGCertArchHist, DAA, FRHistS, has been archivist at Christ Church since 1994. During that time, she has co-edited Christ Church: A Portrait of the House (2006), has contributed articles to the Oxford Dictionary of National Biography (2004), and written four books on various aspects of Christ Church’s history.  She has two grown-up children, one of whom is a front-line nurse in an NHS operating theatre and one who served in the RAF before retraining as a librarian. 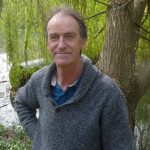 Mark Davies is an Oxford local historian, author and guide with a particular interest in the history and literature of the city’s waterways. Mark is the author of Alice in Waterland: Lewis Carroll and the River Thames in Oxford (2012) and Alice’s Oxford on Foot (2016). He is a committee member of the Lewis Carroll Society in UK, has helped to organise Oxford’s annual ‘Alice’s Day’ since the first one in 2007. He provides the only Alice-specific guided tours and boat commentaries in Oxford. www.oxfordwaterwalks.co.uk 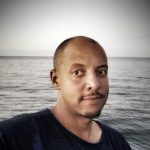 Christopher Myers is an award-winning author, illustrator, and fine artist who lives in New York. While he is widely acclaimed for his work with literature for young people, he is also an accomplished fine artist who has lectured and exhibited internationally. A graduate of Brown University, he has participated in the exclusive Whitney Museum of American Art Independent Studio Program. His illustrated works include Love: Selected Poems by E. E. Cummings; Harlem: A Poem, a Caldecott Honor Book; Jazz, a Coretta Scott King Honor Book; and Blues Journey, a Boston Globe-Horn Book Honor Book. 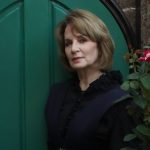 Linda Gray-Moin, fine artist and Carroll enthusiast. Born on “the edge of the prairie” in Minnesota, Linda moved to the SF Bay Area in 1975, and has indulged two passions since childhood: Lewis Carroll and fine art painting. She studied Broadcast Journalism, Film, and Traditional Film Animation at the University of Minnesota and San Francisco State University. She has enjoyed perfecting her oil and watercolor painting technique over the years with numerous artist mentors, as well as studies at the Academy of Art University in San Francisco, the Golden Gate Atelier, and the Los Angeles Figurative Academy. Linda Gray-Moin joined the LCSNA shortly after viewing the Dennis Potter film Dreamchild in 1985, and has been a member ever since. She boasts the distinction of having attended 3 International Conferences of the Society (two of which were held at Christ Church, Oxford). The rarefied ambience she experienced at Christ Church and her study of primary source material on Charles Dodgson’s life inspired a unique “mise en scène” art piece she will share at our meeting. 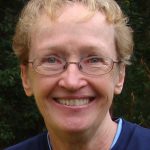 Clare Imholtz is an enthusiastic researcher, writer, editor, and collector. She has published her research on Lewis Carroll in Papers of the Bibliographic Society of America, The Book Collector, the Knight Letter, The Carrollian, and elsewhere. She has co-authored a bibliography of the Sylvie & Bruno books and their afterlives; edited Elizabeth Sewell’s brilliant Lewis Carroll: Voices from France; and prepared an index to Jabberwocky, predecessor to The Carrollian. She was secretary of the Lewis Carroll Society of North America and an editor of the LCSNA’s journal, the Knight Letter from 2006 to 2014. Her current main project is editing Carroll’s letters to Alice playwright Henry Savile Clarke. 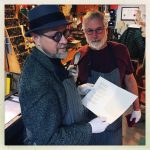 Andy Malcolm, owner of Footsteps Post-Production Sound in Canada, is an Emmy Award winning foley artist who has worked on numerous feature films and television shows, including Tim Burton’s Alice in Wonderland. He is a long-time member of the LCSNA and is currently publishing books with George A. Walker, relating to Lewis Carroll at Cheshire Cat Press in Toronto. In 2005, Andy produced a film entitled, Sincerely Yours: A Film About Lewis Carroll, and is currently producing a documentary film entitled There’s Something About Alice.

George A. Walker is an award-winning wood engraver, book artist, author and Associate Professor at OCAD University in Toronto. His artworks are in international collections at the Fisher Rare Book Library, University of Toronto, The Morgan Library & Museum, New York, and The Museum of Modern Art (MoMa), New York City. George illustrated the first Canadian edition of Lewis Carroll’s Alice’s Adventures in Wonderland and Alice Through the Looking Glass both published by the Cheshire Cat Press. The Cheshire Cat Press is a partnership between Andy Malcolm and George Walker which continues to publish limited edition books featuring the work of Lewis Carroll. 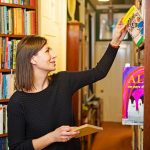 Kiera Vaclavik is Professor of Children’s Literature and Childhood Culture at Queen Mary University of London. Kiera’s research centers on children’s literature and childhood culture from the mid-nineteenth century to the present day, with a particular focus on Victorian works and their afterlives. Her project exploring the Alice books in relation to fashion and dress was supported by a 24-month AHRC fellowship and led to outputs including a fabric collection with Liberty, London, “The Alice Look” exhibition at the V&A Museum of Childhood which she curated (2015), and the monograph, Fashioning Alice: The Career of Lewis Carroll’s Icon, 1860-1901 (Bloomsbury, 2019). Her most recent work on Carroll explores the long and fascinating tradition of male performance of Alice’s role, as well as the sonic dimension of his Alice books. 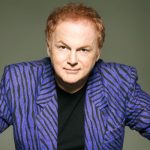 Mike Batt, LVO is an English singer-songwriter, musician, arranger, record producer, director, conductor and former Deputy Chairman of the British Phonographic Industry. Having achieved substantial international success as a solo artist he is particularly known in the UK for creating The Wombles pop act, writing many hits including the chart-topping “Bright Eyes,” and discovering Katie Melua. He has conducted many of the world’s great orchestras, including the London Symphony, Royal Philharmonic, London Philharmonic, Sydney Symphony and Stuttgart Philharmonic in both classical and pop recordings and performances. He wrote a concept album and West End stage musical based on Lewis Carroll’s famous nonsense poem “The Hunting of the Snark.” 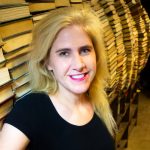 Heather Simmons will be your host, broadcasting live all day from WCLD. She is the creator of the Alice Is Everywhere website and podcast. She is also the chairwoman of the LCSNA Senior Common Room Curators, your virtual events committee, and does the LCSNA social media curating. Her paying job, which is only slightly less whimsical than her LCSNA endeavors, is making video games at PlayStation Studios.